There are two male species in our office who seem to be always living in their own world, engrossed in the things they do and may not utter even a word in the whole working day. Immensely focused on their work, their eyes exude the highest power of concentration you have ever seen! Talking and cracking jokes with colleagues seem less important to them, for their major daily tasks are to communicate with the computer, try to understand the computer more, and further explore what computers and IT systems can do for Exabytes and its clients.

In this brand new month we are going to feature our R&D Department, which is often likened to the brain of Exabytes! Also referred to the scientists of Exabytes at times, our two R&D software experts in our Research and Development Department are Jackie Ho and Chris Lee. In addition, both of them are joined by a very young and studious trainee from USM (Universiti Sains Malaysia), Siou Fong.

The main man aka the captain of this department is our R&D Manager, MR Jackie Ho. Polite and soft-spoken, Jackie is maybe the most decent-looking guy I’ve ever met. However, when it comes to work, he is well-known for his farsightedness and the ability to look at things (eg. the process of a software development project) from different perspectives.

As the Manager of our R&D Department, Jackie’s major tasks are leading the R&D Department on both research and in-house software development. In addition, he is always on the lookout for IT solutions which have the potential to be included as part of additional services to our clients. In short, he is the main person in telling the company what additional services to provide to our customers in future.

Under his leadership, numerous products and software have been developed such as the famous Penang Bridge International Marathon Online System for the Penang state government and the Deferred Report Modules which is currently used by Exabees, just to name a few. 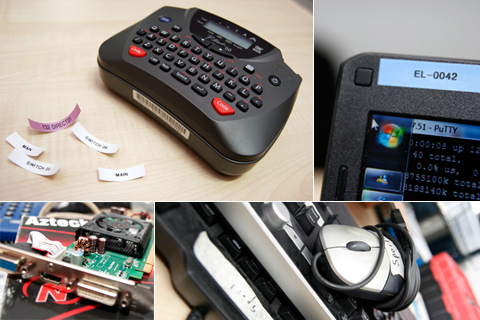 At work, Jackie enjoys doing research in the field of IT and constantly acquiring new skills and knowledge. His rule of thumb as a successful R&D person in IT is always enjoy working independently and being able to handle stress well.

Outside work, Jackie is an avid photographer. In fact, you can see him carrying his camera around at most of the company’s functions. Because of his keen interest in photography, Jackie has been our cameraman since the inception of Exabytes in 2001.

Another dedicated Exabee in the department is also one of the infamous workaholics of Exabytes, Chris Lee. Challenging himself is his hobby, and picking up new programming skills is his favourite pastime. Chris spends most of his time ‘chatting’ with his PC and has no qualm about reading the entire programming book before starting a new project. Outside work, this chap from Sarawak is a very talented sportsman.

However, even a tough guy has his soft spot, and in the case of Chris, it is his communication skills! Burying himself in numerous software development projects at the same time doesn’t worry him; meeting tight project deadlines doesn’t make him anxious. One thing that even himself admits needing further improvement is his skills in communicating with his clients effectively.

“Many people see programmers as people who just need to work with the PC without saying a word at work. Well, this is not entirely true. A programmer’s ability to understand the wants of his clients and the ability to explain clearly to his clients regarding the vital functions and unique features of his software is extremely important.” clarified Chris, our R&D Software Engineer.

Luckily according to Jackie, Chris has managed to improve his communication skills tremendously since he joined Exabytes. 🙂

Professionally, Chris believes that having the determination and persistency in learning new skills from scratch is of utmost importance to all software engineers. He also believes in having self-confidence when exploring new skills. Last but not least, a software engineer must also be very confident in his own finished software/system.

Next, is our intern from USM (Universiti Sains Malaysia), Miss Siou Fong. Although she has been with Exabytes for only 5 months, Siou Fong’s diligent and dedicated nature towards her work has gained compliments from both Jackie and Chris. At work, Siou Fong believes that one must always be willing to ask in order to improve his/her own knowledge.

So there go our scientists in the department of R&D! Always thinking ahead for the company and pondering on ways to streamline the company’s IT system, the duo’s duties are always challenging but fulfilling.

Way to go, Jackie and Chris!